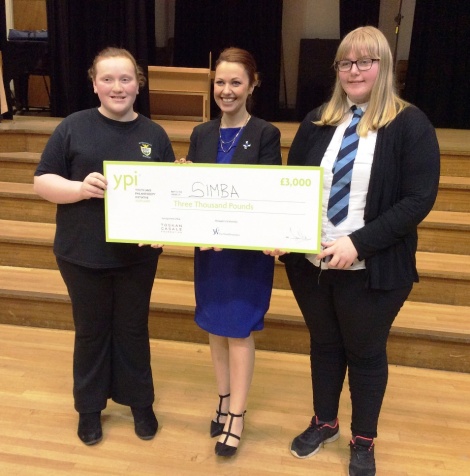 The Youth and Philanthropy Initiative is an active citizenship programme which S2 pupils were involved in. The final was held on the 3rd of March in the school, where groups worked together to put together presentations about a charity of their choice, and a panel of judges would vote on which presentations they thought were the most creative and raised the most awareness. Everyone who was involved in presenting had put in a lot of work and everyone in each group was involved in some way or another. Overall, the judges decided that the winning charity was Simba, which is a charity which supports parents that lose a child during a pregnancy or during its early years. This was presented by Lauren Bertram and Rhianna Newlands, who won £3,000 for Simba which will go towards making memory boxes for grieving parents. A big well-done to both girls and to all the other groups who were involved!