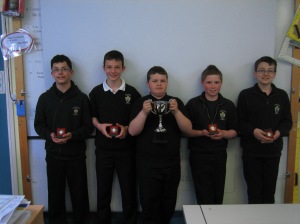 The first challenge was to fly a remote controlled helicopter through two hoops.  We had to fly them through the same hoop twice then through the second one.  Afterwards we had to make a jigsaw which represented a blood circulation device used by diabetics.  We then had to make an efficient wind turbine which we struggled with.  Then it was onto a robotic arm to move blocks this made a code that represents an element on the periodic table.  After that we had to use a remote controlled forklift to move blocks around an obstacle course and at the same time avoid cones.  Here we got a 5 second time penalty.  We then had to make a bridge that could support the forklift as well.  We had lunch after this and then we went to the back of the building and saw a room full of paper and tape where we had to make paper aeroplanes.  Here, we had the highest scores on the paper plane with 71 points!  We had a fantastic design (thought of by Lochlan) that we just made more of!  We had a bit of a production line going which was most likely why we won. After that we got to try out the catapult which was okay but we stressed out a bit as we did not have the best of aim.

Later, we were all called to the top of the hall for the announcement of the winners.  Lochlan and I were sitting there jumping because we saw the sheet and saw Invergordon at the top!  It was a close call but we won in the end.  I don’t think I have ever seen Mr McColl so happy in his life!  Overall we had a blast and had a great time bragging to the Tain technical teacher!  We also got a whole bunch of freebies, including salt water powered cars! 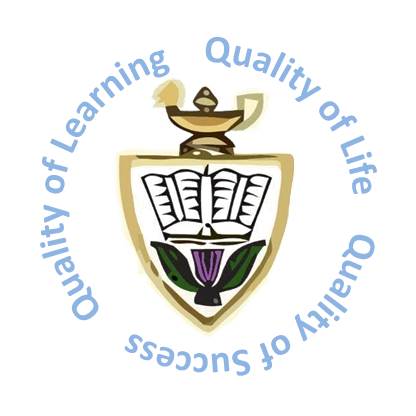 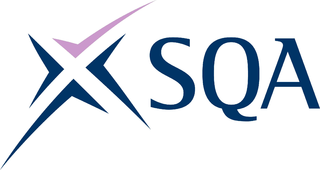